Is AI a threat to mankind? | ASSIST Software Romania get in touch
https://assist-software.net/blog/ai-threat-mankind

Twentieth-century sci-fi movies and books drove people to fear becoming slaves or being destroyed by what is called Artificial Intelligence (AI). It’s a good subject for a bestseller book or a billion dollar movie since it’s a very debated topic and there is a lot of controversy around it, just like with the use of petrol or atomic energy.
Some say we could be wiped out by it. Others say it’s impossible for Artificial Intelligence to destroy the human civilization.
But is it really worth being afraid of AI? Let’s find out!

I. What really is AI? 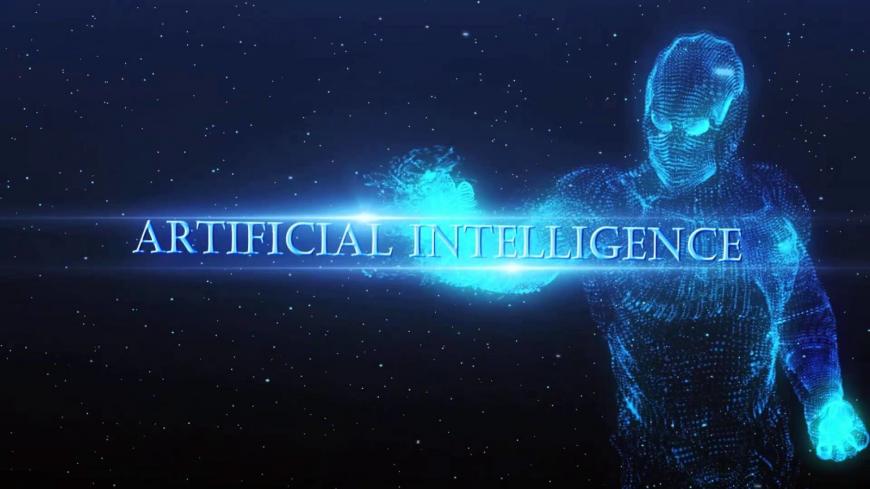 My definition of Artificial Intelligence would be a collection of algorithms that imitate human reasoning and behavior. Though it’s currently not capable of too many things, due to the increase of computer power and development of smarter algorithms, Artificial Intelligence is evolving at a very high pace and people have high expectations for it in the next few years. It’s a mainstream topic since it changes a lot of things in our lives, just like electricity did 100 years ago.

II. What can Artificial Intelligence do?

Artificial Intelligence (AI) has developed very quickly because it found its uses in almost every aspect of our lives. Basically, because AI tools are very accessible, an AI bot can be made for anything that’s programmable and does not require much adaptation and creative skills.
Here’s a broad list of what AI is currently used for:

There are also particular cases when AI Neural Networks have been for composing music (you can listen to some here), writing poetry, and painting. And a lot more fun stuff and applications can be found on the internet. 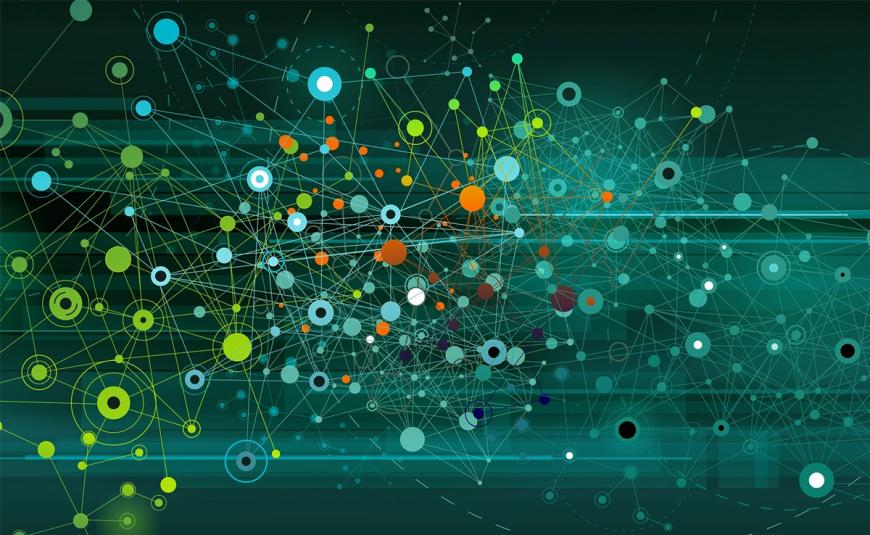 Machine learning (ML) is based on statistical data that is generated by humans and has the same effect as memory or experience for humans. In order to train an Artificial Intelligence (AI), you have to give it specific and structured data, otherwise, it can’t "learn" anything. All input data must follow strict requirements, based on the algorithm used and is only useful for the specific job that it does.

For example, when you first learn to play Super Mario, you see the player, and you understand the environment. You try to achieve a good result by avoiding what you believe will lead you to failure and you just enjoy the process of exploring the Mario world. In order to teach an ML algorithm to play this game, we must provide all inputs in a way it’s capable of "understanding". Then it will try almost all possible ways of how not to play the game, and as a final result, it will perform like a pro-Mario player capable of outperforming any other human player. Basically, the way our brains think and computer algorithms think are totally different. 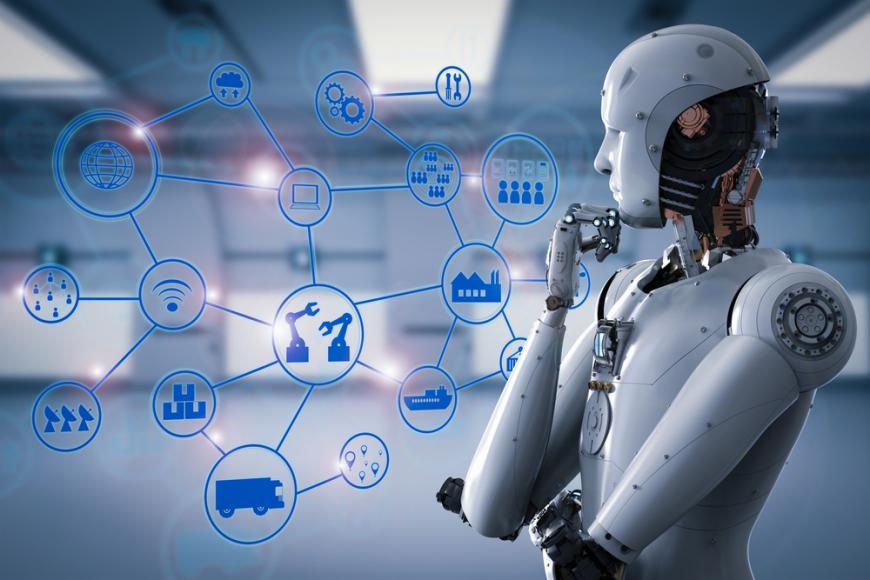 Depends on how you define smart. I wouldn’t say Artificial Intelligence (AI) is smart. Instead, the people who have designed the algorithms to teach AI to do these amazing things are the ones that are really smart. But on the other hand, the computational speed and memory management of computers are way beyond human capabilities in things that are repetitive or that require a lot of attention.
AI is a great tool that helps people accomplish very complex tasks, that humans can’t do on their own. With the help of AI, we can prototype strong and economic car engines, design aerodynamic plane wings, predict economic changes, perform surgeries, and detect cancer. But it can’t think out of the box or have an opinion about something it does not know yet.

III. 2 Is it independent? 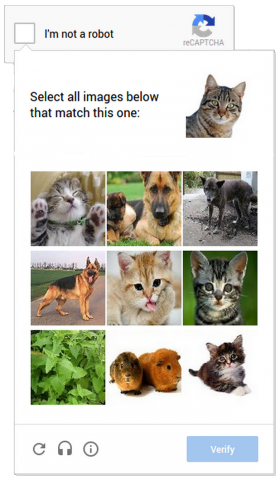 While a human, being capable of abstract thinking, is able to figure out a solution to almost any situation or problem it encounters. For a Machine learning algorithm, it’s impossible to do this. For now, any Artificial Intelligence algorithm is completely dependent on the developers designing it. And it will take some time until it will (maybe) be able to think on its own.

Artificial Intelligence (AI) is just an algorithm that’s capable of doing discrete operations much faster than a human can do. That’s not something new at all. We have used calculators to do basic math for some time. And because they are able to make computations faster than people, this does not necessarily mean they are smarter, or wiser than us.

IV. AI is no more than a powerful tool 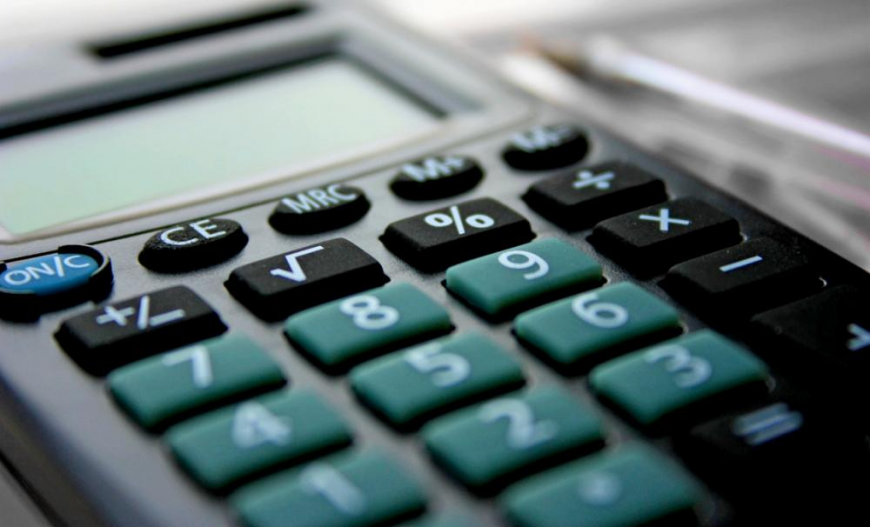 It’s been a few decades since we started using digital calculators. They can do math a lot faster than we do. Regardless of the number of operations a computer can perform, it will never have its own free will. For example, planets travel around the Sun in their orbits, and they never wonder what is outside of the solar system. While cats are unpredictable and you can’t ever guess what would be their next action. Luckily Artificial Intelligence (AI) will always be like planets and never behave like cats.

Therefore, AI is just a tool in a human’s hands and any tool can be either helpful or harmful, depending on who’s using it. Thus it’s a programmer's duty to program ethical AI algorithms. You can see Sophia’s advice in the Related Articles section at the bottom of the page.

AI will never do something because it wants to. It will do anything it’s programmed to do, and nothing else. It will never guess you need a vacation on an uninhabited island for two weeks in order to recover from your routine unless it is designed to do that. 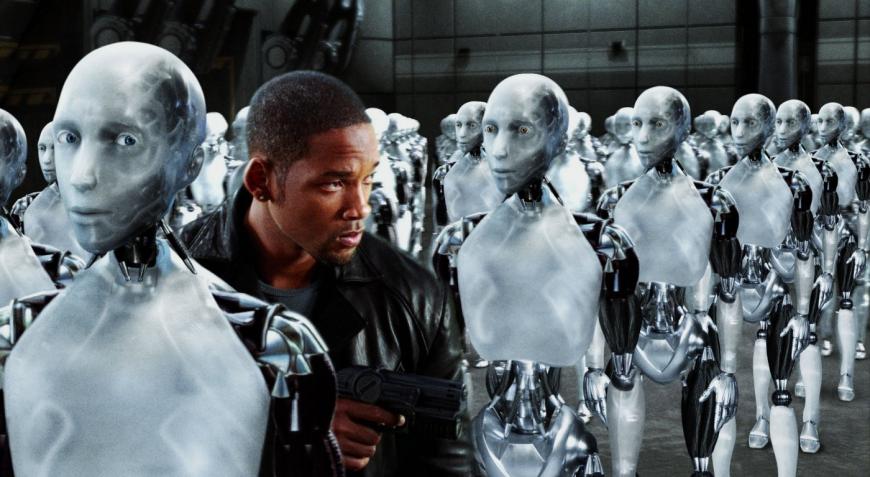 Artificial Intelligence (AI) is as creepy as it is amazing. It incites fear and doubts in us. Why? Because with advances in technology, AI is capable of doing much more than we can understand and control. It will improve more and more thus become more powerful. Max Tegmark, a physicist at MIT, compared AI to the development of nuclear weapons. Top scientists and technologists like Stephen Hawking, Bill Gates and Elon Musk believe that AI is a very real and dangerous threat to humankind.

A lot of jobs have been replaced by AI and more are to be replaced. This is a real concern for us since in modern society you can’t provide for your family until you have a job.

We’re very uncomfortable when others outsmart us. Nobody likes to be beaten in something they consider they’re the best at. Machines have proven to be better than humans in many areas. But when the rules are changed slightly they’re useless. For example, if we change a single rule in chess, the AI bot that beat Gary Kasparov would have to take its time (hours or days) to relearn everything, while Kasparov would win the fight.

Although AI is on trend now, human intelligence has never been off-topic. In our times human intelligence is demanded more than ever. Humanity has geniuses and big personalities that remind us of the incredible capabilities of human beings - from natural science scientists, philosophers, artists, sportsmen, stuntmen, aaand... parents - they’re godlike!

Sometimes we make bad decisions or it takes too much time for us to make up our minds.
One of the reasons for this may be the acknowledgment that following one decision or another will have consequences that we are aware of. And maybe we want to avoid some of them.

Sometimes our fears can make us blind to the opportunities that a decision may bring. For example, “She’s so good I’d marry her, but… what if she says NO?” Or sometimes we can think too quickly without properly considering the consequences of our decisions - and the consequences can find us unprepared and hit us hard.

Or, we rely on our experience, and even then we can fail. Because no matter how big our experience may be, it still only covers the trials we had and not every possible case.
And, of course, sometimes we overthink - we get into more details, try rethinking things we already know, and try to change our views and - this makes us confused and we are stuck with making decisions.

A consequence of our decisions is that we must work - and humans are lazy! We’ll accept the path that requires the least effort. And only in very few cases, laziness can prove to be the engine of development.

Because a good movie requires drama, the scenario of an Artificial Intelligence (AI) apocalypse is very common in movies like "Terminator", "Matrix", "I Robot" and many more.

If there will ever happen to be a war between humans and machines it’s clear that humans will survive because of their adaptability. And not only because of our skills, but sometimes even our mistakes can prove to work for our benefit. For example, X-rays have been discovered accidentally.

We have survived the Black Death (bubonic plague), wars, famines, natural disasters, and we’re still alive even after our teen crush left us for someone else. What would stop us from surviving an AI apocalypse?

It’s certain that with technological advances, Artificial Intelligence (AI) will improve greatly. It is very useful today, and it will have more and more benefits in the future. And instead of thinking about a regression of AI, let’s think about ethical programming and good quality control before releasing any ‘Goodbye world!’ application.

AI can’t be independent of humans, and it has no purpose without them. The same way as wars wouldn’t exist without humans. But AI makes a good companion for us that helps increase our efficiency and manage our resources and tasks.

This article wouldn't be the same without Sophia the robot.

Please don’t forget and be aware!
Technology is meant to be used by men, not vice-versa. Be careful of how you use your technology and don’t be addicted to it.
Enjoy life naturally!

Thank you for patiently reading my article!
→ Please comment if you wanted to click on the ‘I’m not a robot’ checkbox. Also, your opinions on the topic will be much appreciated!