Zelgor for iPhone is our latest in-house development project. The game has reached a state in which we’d like to take a few moments to walk you through some of the features you will experience playing it. 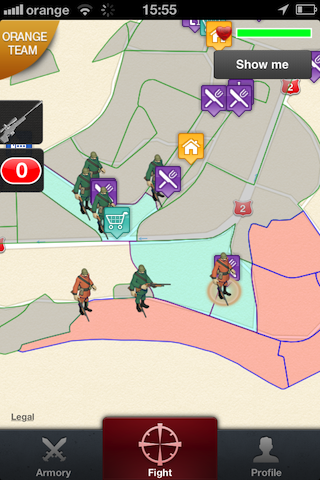 First of all, we should mention that Zelgor is a social game which allows you to explore and conquer your virtual neighborhood by getting involved in three types of mini-games: fight the players around you, conquer real-life street-delimited territories and seize important locations around you. If you are a first-time player, we prepared a special tutorial for you to get started.

After starting the game and logging in, you will be placed accordingly to your GPS position on a map consisting of street-delimited territories, locations and other players around you. When we say players around you, we include real players, but also bots. These bots are there in case you decide the play a few Zelgor games at 3 AM and everybody else is asleep or in case you climbed Mount Everest all by yourself and decide to take a break. Also, these bots are not placed there only to look good on the map or to keep you company. They have a mind of their own and will move across the map and actually attack you.

The game’s mechanisms and logic allow the player to be part of a team: Orange Team or Green Team and regarding the weapons, he can switch between knife, pistol, grenades, sniper, shotgun and cannon. 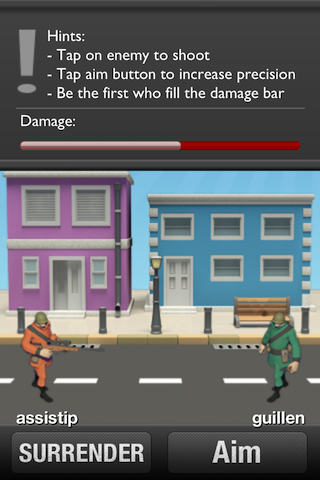 Loking at the first image you will notice that the player belongs to the Orange Team, is using a Sniper weapon and has zero notifications. These notifications will arrive directly if you are online in the game or via Apple Push Notifications Service if you are offline. From this point on you can take part in any of the three mini games offered, you can inspect the Armory and your profile details or even defect to the opposite team.

One of the posibilities is to select a player on the map and use the ATTACK option in order to start a player versus player battle. How this looks like is presented in the second image. Instructions are also present there, in case you need them. If you win, you will be awarded with some loot (experience points or weapon ammo). However, if you lose the fight, you will become a part of the opponent team. 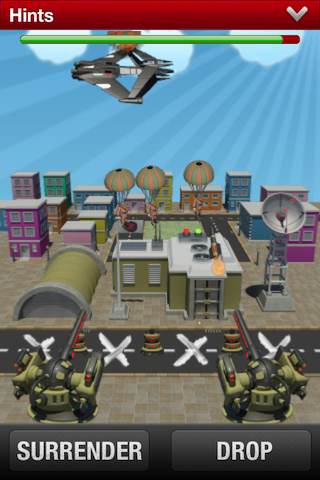 As you probably already noticed in the first image, there are 3 types of territory colors: blue for those belonging to your team, red for those held by the opponent team and gray for the territories with no owner. You will be able to attack the neutral territories and the ones belonging to the adverse team. During this mini game, you have to drop from a plane and land some paratroopers on 4 marked places using the accelerometer in order to avoid the anti-aircraft fire from two gun batteries. The corresponding image for this mini-game is the image to your right

The third option you can choose is to attack a location. In this mini-game you’ll have to eliminate the enemies appearing at a building’s windows. During the attack, bonuses will be parachuted. Shoot them, and you’ll get some loot. How this minigame looks like is presented in the last image. 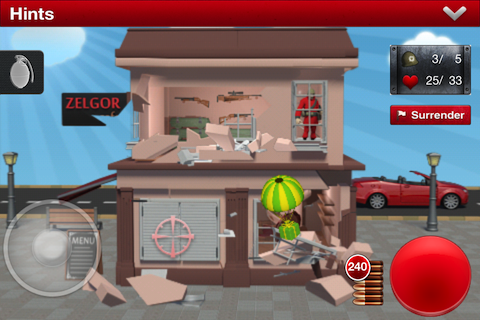 The images presented in this article may contain graphical elements present in tiers which will be soon released.

This pretty much covers it for a quick overview, so be our guests and take a look at our project Zelgor on App Store.

English Attack! & ASSIST On Air
What is Loovea? Loovea is a cool social network!
Unity Engine the Future of 3D Applications 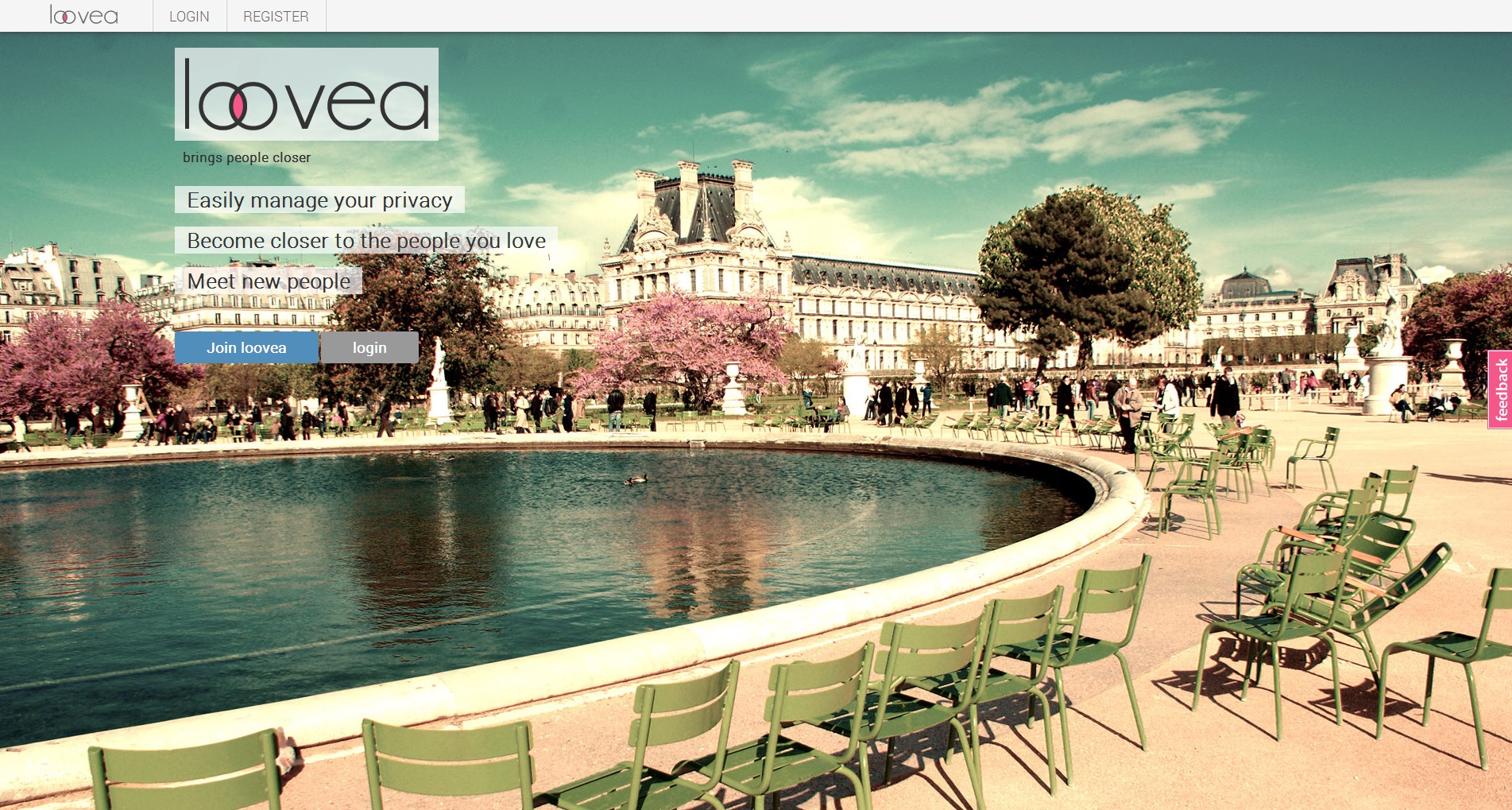