"Nothing is impossible, the word itself says 'I'm possible'!" - Audrey Hepburn

CROOZ has announced the release of its latest game on iOS. ACR Drift is an arcade drift racing game on iOS mobile platforms. The game takes players to real-life cities, including Moscow, LA, Hong Kong and Las Vegas, and allows them to race and drift through more than 25 courses.

During each race, cars accelerate automatically, allowing players to focus on lane changes, drifting and using nitrous boosts. Players swipe left or right to change lanes and avoid oncoming vehicles, and swipe left or right to cause their car to automatically drift around tight corners. Finally, an upwards swipe activates nitrous. While only available in single player mode for now, the game’s upcoming multiplayer mode will allow users to compete with others around the world.

Following you can find the review divided into six major sections that will focus on different aspects of the game. 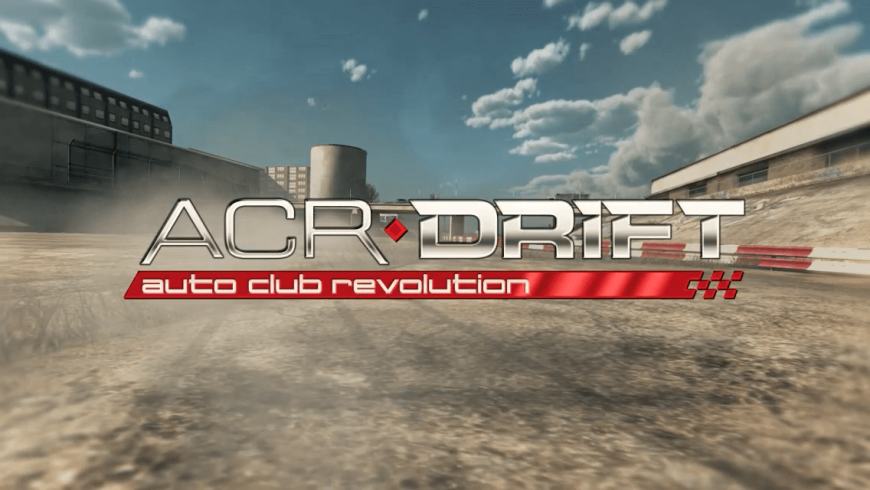 The core gameplay is simple and standard, with a predefined set of moves that establish the game motion, in order to complete the race challenges.

All the gameplay mechanics are static and the progress of the game rest on the amount of customization of your car combined with the timing of the drift and nitrous usage. At first sight the game represents a standard drift challenge, only the interaction between the user and gameplay sets a different perspective, more of a time event trigger gameplay, not a racing game. The cars have no physics system attached to them mostly to the fact that the game is on rail driving experience where the player has limited control over the car.

The menu and navigation are very interactive and fun to use. The social and game center integration are set to make the actual challenge of the game: completing checkpoints and “missions”. It would be nice if an advanced mode existed to master the drifting experience in a more realistic way (gyroscope directed drifts).

Nice touch with the in game tutorial, hints and the characters that interact with you with the help of the message boxes. If the actual message would have been replaced by realistic voices, the immersive factor would greatly benefit.

The standard controls make the game accessible to any user, at first look it’s fun to try them out and find the “secrets”, but after a rather small number of races the controls are getting quite dull. A gyro based drift control system would have been more immersive and fun for the player. At the same time with a gyroscope based system, the actual cars parameters would have a greater impact on the gameplay.

High quality and responsive user interface, both the input and output of the GUI are fun to interact with and the flow between the views is quite interactive. The metallic look of the buttons and the glossy general aspect create an exquisite feeling while playing. The chosen colors are bright and eye catching .The cars presentation is top quality and makes the player feel like being at a showroom.

The game in most parts it’s very responsive, but there are some crashes occurring specialty on the iPhone 5S. Overall there are no great issues when talking about the overall stability of the application.

Car models are very accurate, but the actual finishing touches of the texture are too clean especially in the race environment where the cars look like in a showroom.The lighting, specular and reflectivity of the cars are not integrated with the actual race environment. The environment, buildings and streets are too low quality, it losses realism. A level of detail (LOD) system for the environment would have been quite useful and would balance the high quality of the cars with the race maps without major impact to the performance of the game.

The performance are great, no heating battery or CPU, usage very stable. The game runs with no lags, frame rate drops or spikes of the IPhone 5s. ACR Drift is available to download for free on iOS, and is supported via microtransactions and premium currency. Check back soon to follow the game on AppData, the tracking service for mobile and social apps and developers.