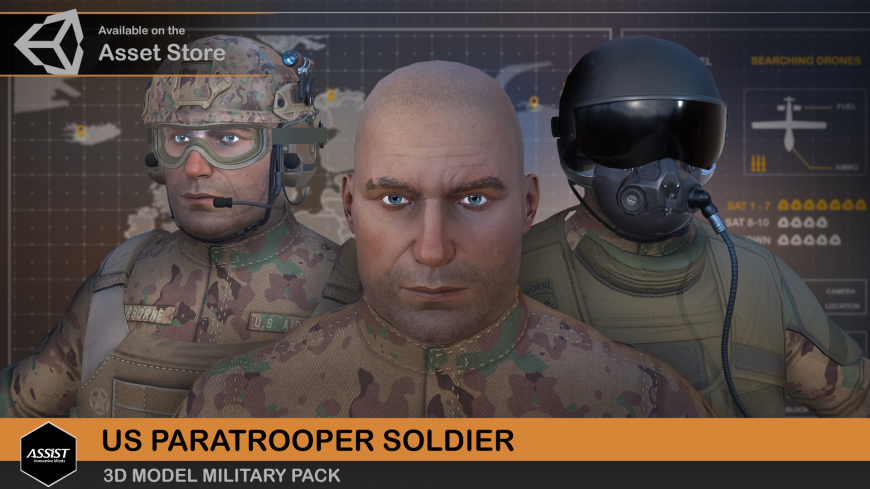 We are proud to announce that ASSIST Software’s first 3D asset, a US Paratrooper Soldier, is now available on the Unity Asset Store, ready to be integrated into your Unity 3D projects. However, you can also find it on the Unreal Engine Marketplace. The US Paratrooper Soldier 3D model is a high-quality realistic 3D character that will easily elevate your workflow.

The 3D model military pack consists of a 3D character US soldier as well as a military uniform, equipment, and a rifle. The high-quality realistic 3D character has been modeled for real-time usage in game engines like Unity or Unreal and can be easily integrated into any project. Also, the US Paratrooper Soldier model has a standard rig that can be used with the Unity humanoid avatar.

The high-poly versions of the 3D US paratrooper character, uniform, and equipment have been modeled with the help of Marvelous Designer and Zbrush. Moreover, the skinning and animations have been done in Maya and the texturing in Substance Painter.

The release of the United States Paratrooper Soldier package on the Unity Asset Store, Unreal Engine Marketplace, and ArtStation was possible thanks to the creativity, passion, and hours of meticulous work provided by graphic designers from ASSIST Software’s Game Development department.

Physically-based materials and high-resolution textures have been used to replicate in the smallest detail all the elements that make up the US soldier character.

At the same time, a great deal of attention was given to the 3D US soldier model to ensure that it had accurate proportions and a clean topology for smooth and organic animations.

ASSIST Software’s dedicated game development team also created a demo scene with a set of animations for testing purposes meant to provide a better understanding of the product.

Find this 3D asset and other character options on the Unity Asset Store and Unreal Engine Marketplace.

Regarding the texturing process, it’s worth noting that the textures were made at 4096*4096 pixels and the PBR Metallic work for both standard and universal render pipelines.

The achievement of releasing a complex pack like the US Paratrooper Soldier represents for ASSIST Software one more reason to be proud of our dedicated game development team, which consistently stands out due to their experience, passion, and high-quality projects.

We invite you to take a look at the US Paratrooper Soldier package available on both the Unity Asset Store, Unreal Engine Marketplace, and ArtStation.

For more details about this project and how it was done, check out our colleagues' blog article, entitled: “Game Character Production - Applying Industry Standards across Production Pipeline”! 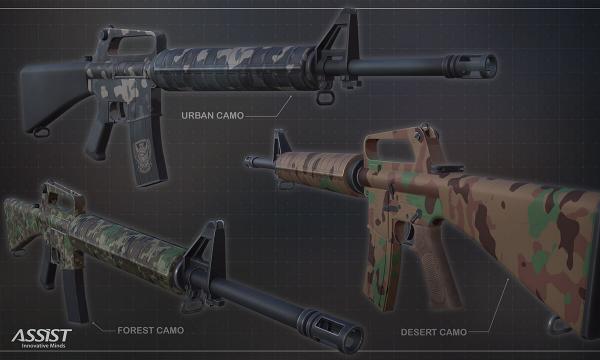 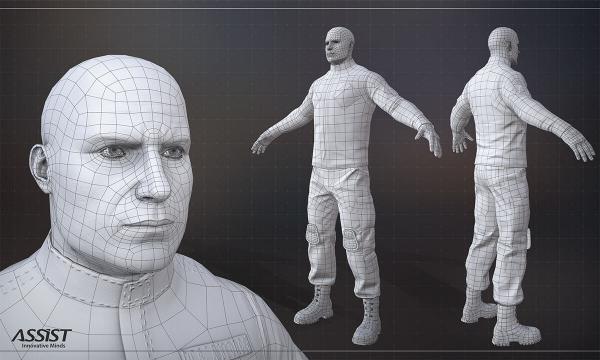 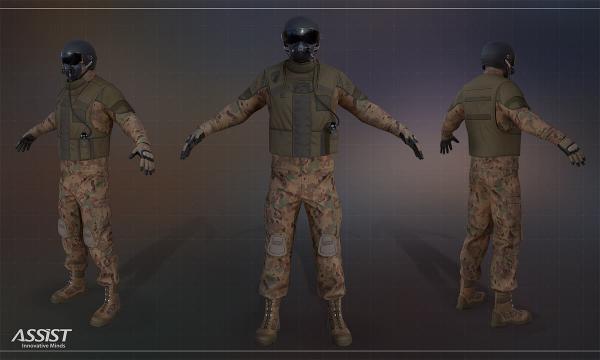 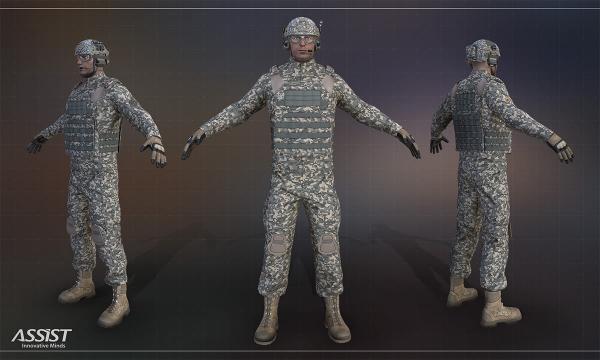 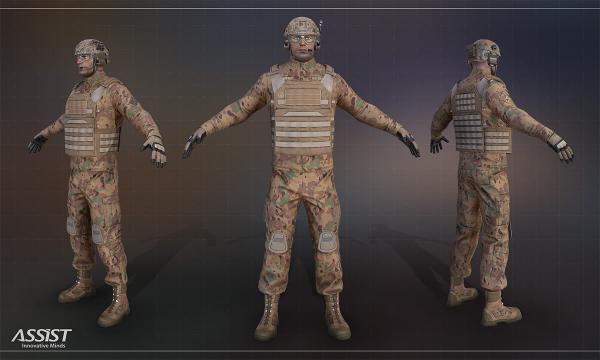 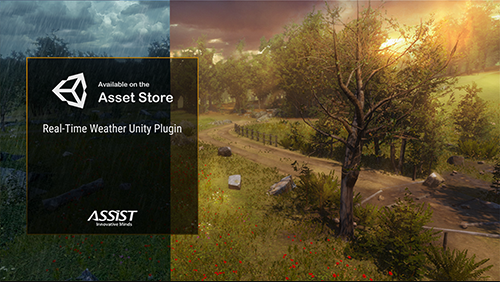 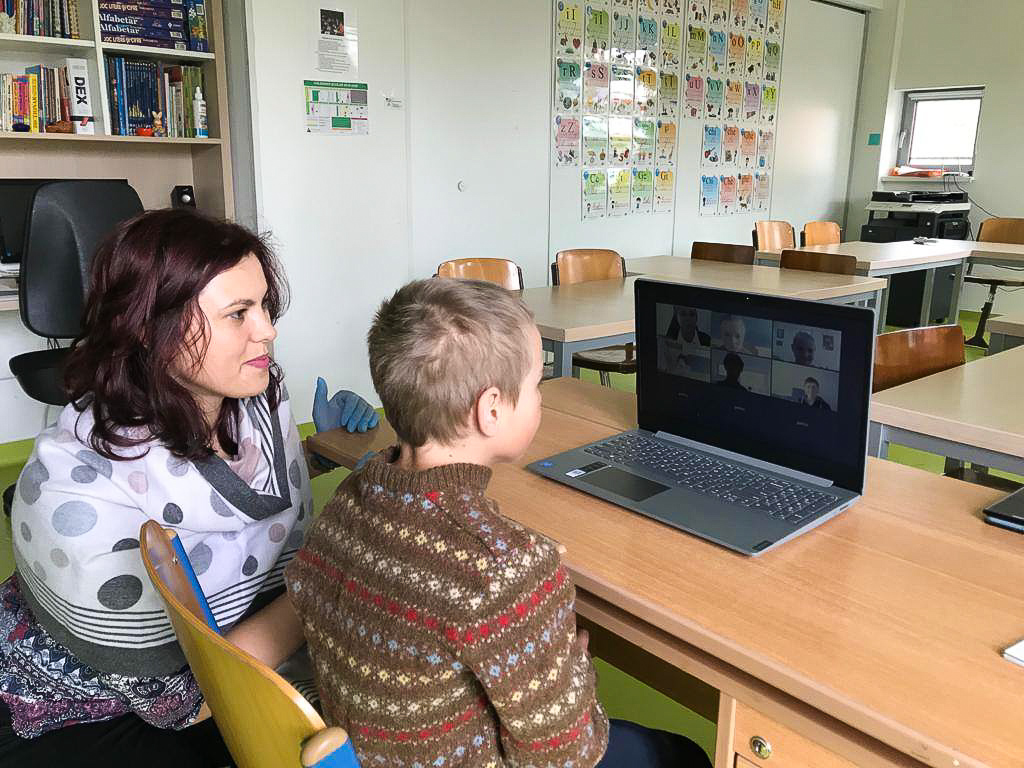