"The only limit is the one you set yourself." - Felix Baumgartner

The Java Virtual Machine (JVM) is a platform-independent that can execute Java bytecodes. JVM takes bytecodes as input and interprets them to the assembly language. Bytecodes are similar with the instruction set that CPUs implement which makes the interpretation very fast.

At the beginning the only programming language for JVM was Java. Now there are over 50 JVM languages so I intend to limit the discussion to the languages that our software development team uses:

Java is a very popular language and it is used to build multiple applications types, specially enterprise and mobile applications.
The main Java properties are:

A success story of Java is Android, a mobile operating system that has full support over the Java syntax. The Android project was a huge success as it is open to the community and using the full power and flexibility of Java.

Another successful project which is commonly used in the IT market is JIRA. It’s a web-based project management tool used to organize issues, assign work and follow team activity. JIRA in cloud is used by thousands of companies.

Java is the second programming language, after C and it’s on this position for more than five years, according to the TIOBE. 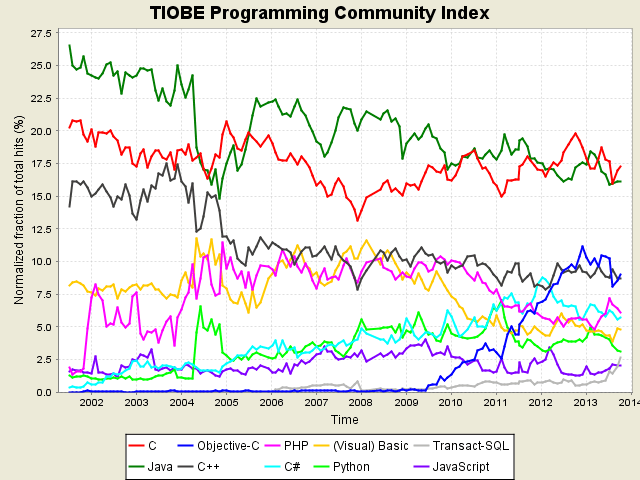 Scala is another object-oriented programming language for JVM while it's a functional language too. It's currently the main language for backend and services. If you want simplicity and productivity in your project then Scala is the right choice.

As we can see in the following chart from Google Trends, the two programming types get nowadays relatively the same interest from the public. 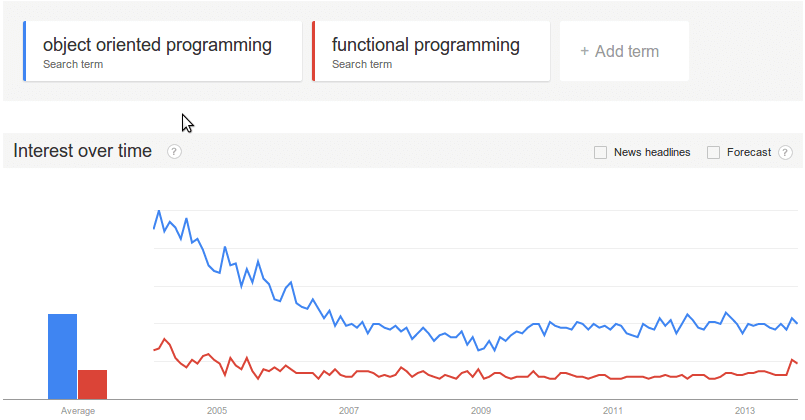 scalability - it’s designed to scale from small to large and distributed applications
parallel collections - every collection may be easily converted into a parallel collection which is responsible for scheduling and load-balancing
mixed paradigm - in Scala everything is an object even the primitive types are true objects. Scala fully supports functional programming which allows writing elegant and concise programs

Scala was initially adopted by the web industry, mainly by social networks like: Foursquare, Twitter, Linkedin, Tumblr. Now it's also used by many big enterprises like Intel, Amazon, Ebay, Walmart, Workday and of course by many banks and funds.

Groovy is a scripting and dynamic language. In dynamic typing, the type is bound to the value, not the variable. Groovy has a high-productivity web framework named Grails, powered by Spring and Hibernate. Spring offers support for dependency injection, data access, transaction management, security, testing and so on while Hibernate is an object-relational mapping (ORM) used to persist data.

Some of the well know companies that use Groovy and Grails are Netflix, Atlassian, CollabNet, MoneyGram, T-Mobile, Lyris, Symantec, Target, Disney, Harvard University, Yale University. There are many other know websites based on Grails, you can find a complete list here.

One of the great things on these three programming languages is the interoperability between them. They can access code and libraries made in any of the three mentioned languages.

We are excited to use the power of Java, Scala and Groovy and also develop professional outsourcing solutions. If you want to take part of an Romanian software development team and use these languages please apply using our Careers section.

The future of human - computer interaction 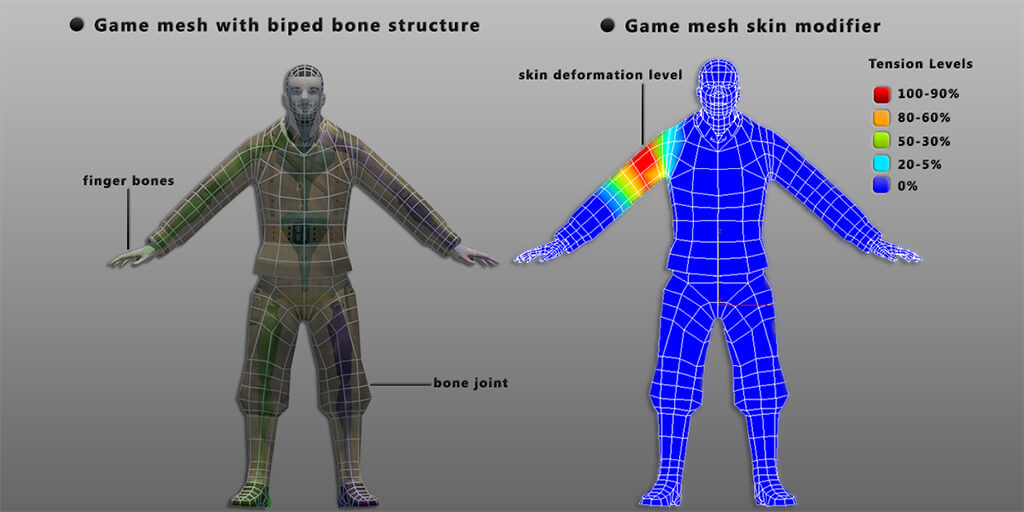 The Pipeline Behind Modeling and Animating a Game Character in Zelgor