How to connect an Ethereum node to the web browser | ASSIST Software Romania get in touch
https://assist-software.net/blog/how-connect-ethereum-node-web-browser 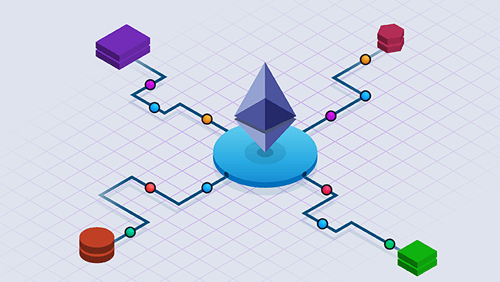 1. What is an Ethereum node?

Nodes are instances of the Ethereum network. Each node hosts all the Ethereum transactions ever made and syncs constantly with all the other nodes in the network.

Ethereum Blockchain node implements Ethereum Protocol, with a node you can:

Interacting with an Ethereum blockchain can be done via transactions or calls. The differences between these are:

Because every time we want to update the state of blockchain will cost Ether (gas) and our smart-contracts can’t be changed once are deployed, we should first implement contracts on private blockchain or public Testnet blockchain. Also, you need to know that on these networks Ether is worthless.

2.2 Install MetaMask in your browser, in this way you will not have to download an entire node.

2.4 Install on your project Web3.js or clone it if it’s a new project.

3. Connect your blockchain to the browser.

First, we need an Ethereum node (Mainet or Testnet). We have at least 3 different ways to do this: 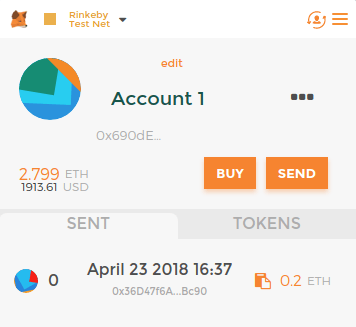 Now let’s connect our node with Web3.js. In the Web3.js cloned project we create an index.html and use this JavaScript.

Let’s test it! You will get balance from the first account.

As I said reading from blockchain is synchronous, the exception appears when the node is not locally. On MetaMask you must add a callback even for reading.

If you run your node locally (mist or private blockchain) is enough.

First, we need to compile our solidity code so we can run it in JavaScript. After this, from the compiled code we will use the ABI (Application Binary Interface) and the bytecode.

The best compiler out there is https://remix.ethereum.org because it has a great debugger for your contracts. Also, it is possible to import a solidity compiler in JavaScript project but will not be as good as the first (the one I recommended to you) because it has no debugger.

After we compiled our code, we go on details and get the ABI and Bytecode.

The ABI is the parameter passed to web3.eth.contract and the Bytecode is the data. You can copy the entire code from web3deploy into your JavaScript file and deploy it (also you can deploy it from remix with run and create). However, you must pay attention because you can deploy your contract only once and the code from contract can’t be changed. So, if you need to update the code, you better destroy the contract and create a new one.

The second way to save your contract instance is from a previously deployed contract with ABI and the contract address.

When a contract is executed as a result of being triggered by a message or a transaction, every instruction is executed on every node of the network. This has a cost; for every executed operation there is a specified cost, expressed in the number of gas units.

Because of this, you will need to unlock the account in order to make the transaction. On the other hand, if it is about MetaMask a pop-up will appear and ask to submit the transaction with the amount of the gas and gas price (the amount of ether you are willing to spend on every unit of gas). The value of gas is driven by the market and the nodes that prioritize higher gas prices when mining transactions.

Let’s make a transaction and update the state of the contract.

If it’s a public function, any address can call it. So when you make the call, you need to add an extra parameter which represents the caller. You can also add gas amount as well but is not necessary because it is an optional parameter.

The first parameter of event watch is a filter. This is optional and the second object is self-explanatory.

That was a basic example of smart contract deployed with Web3.js. Also, you need to know that, Web3.js can not only be used with Ethereum, but with at least other 40 blockchains and in combination with many javascript libraries and frameworks: Angular, React, Vuejs.

If you want to learn more about Web3.js and solidity, here are some links:

Developing smart contracts requires extra testing. Although the gas cost is insignificant, it doesn’t exist an easy way to guarantee your contracts don’t have any security loopholes. Because smart contracts are still in the early days, I say it’s a good thing to try it and have a head start.