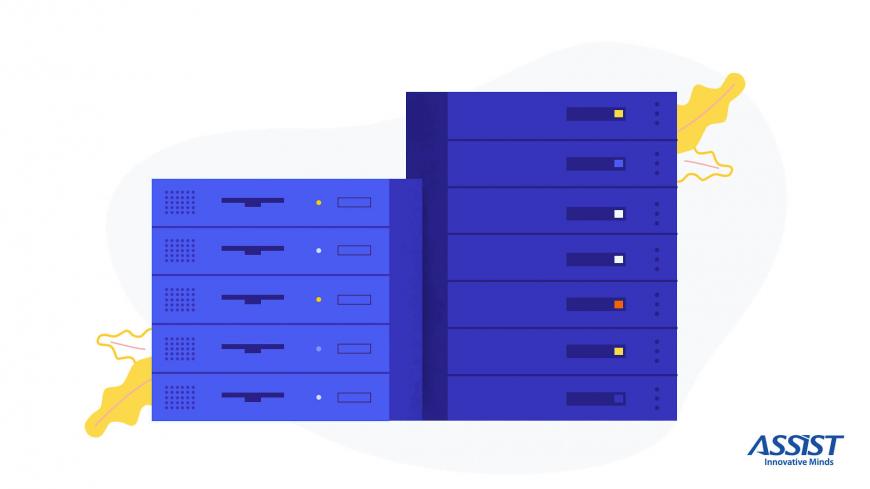 Recently, I received the task to run an application locally using the Django framework (the version used at that time was version 2.0.7) in combination with Python 3.6.5. The database I used for this runs on MSSQL server.
Opting for an MSSQL database was necessary for this project since an external app, also running on MSSQL, populates databases with data containing objects.

II. Problems and solutions to problems

In order to optimize the app in terms of speed and project size, I opted for django-mssql. After checking the documentation, one of the problems I noticed was that the package only supports Django 1.8 and I needed to use version 2.0.7 to my project.
Installing MSSQL server on the operating system was problematic due to setup versioning related to Ubuntu 18. Ubuntu 16.04 is the most recent version of Ubuntu that is currently supported.
In order to solve the first problem, we found django-pyodbc-azure, which is “a modern fork of django-pyodbc, a Django Microsoft SQL Server external DB backend that uses ODBC by employing the pyodbc library”. It supports Django 2.0.x and most importantly, it also supports Microsoft SQL Server.
To solve the second problem, we adopted the use of Docker technology so we could create a container based on the microsoft/mssql-server-linux, image provided by Microsoft.

If you want to install Docker on your Linux system, please check out this link and if you want to find out more about Docker, please go to the official page. In addition, you need to install Docker Compose and this can be done by following this tutorial. After you have installed Docker and Docker Compose on your system, you have to download the image you want and create a new container based on that image.

In the docker-compose.yml file, you must specify what image to use inside the container and add some variables (such as password and port) in order to set MSSQL inside the container The image I used is microsoft/mssql-server-linux. For more information about what can be configured for this image, please check this article.
In order to see all of the Docker images, run docker images. A list with all of the images will be shown. In the example below, the list is empty.

After creating the docker-compose.yml file, run the command below in order to create the container.

You will see that the image will be downloaded. 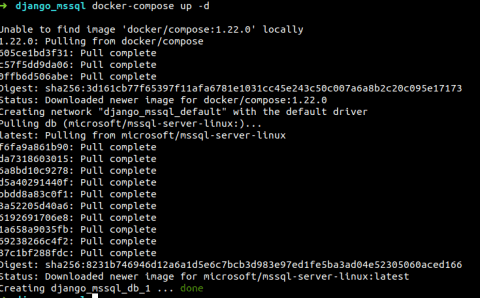 Now, if you run docker images, you will see that microsoft/mssql-server-linux has been downloaded.

If you want to stop running a specific container, you can use:

In order to run some commands inside a container, run the following command. If everything is ok, you will be inside the container bash.

The default username for MSSQL server is sa. After you run this command, type the password written in the docker-compose.yml file. If everything is ok, you will be able to make interrogations inside mssql. 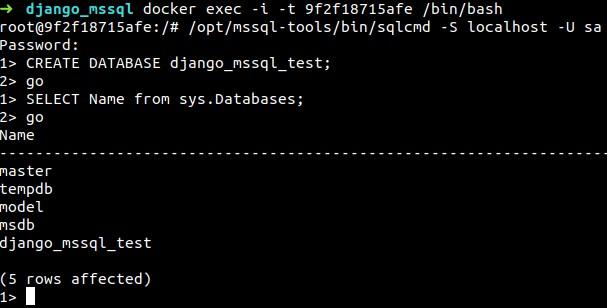 Now that you have configured the Docker container, you can check the connection from the outside of the container. This can be done by running the following script written in Python.

This error will occur if you don’t have FreeTDS installed on your system.

“FreeTDS is a set of libraries for Unix and Linux that allows your programs to natively talk to Microsoft SQL Server and Sybase databases.”

I had some trouble understanding why it was necessary to install this package and how to install and configure it. The first time I installed a version of FreeTDS, older than version 7.3 (version 4.2, to be more specific) and  I received the following error:

This occurred because django-pyodbc-azure 2.0 requires at least TDS protocol 7.3 (or later versions) because it doesn't support the legacy datetime type anymore. In order to remove FreeTDS version 4.2, I ran the following command:

In order to install the latest version of FreeTDS, run the following commands:

After FreeTDS is installed, it must be configured. In the /etc/ folder, add or update the following files with the content shown below.

If you want to check the FreeTDS version, type tsql -C and you will receive an output like the one shown below.

If you try to run the script again, you will receive the following output.

You can access the MSSQL from your container by typing:

In order to configure your Django app to run on MSSQL server, you must have the following packages installed:

and you must update the settings or local_settings file as shown below.

After running the migrations, you will see that all of the tables will be created in the MSSQL database from the container. 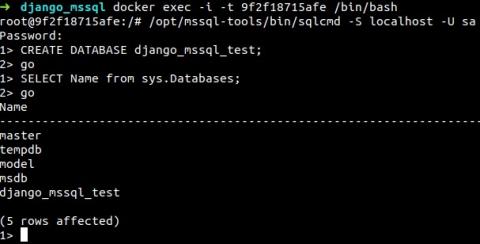 Most of the time, updating packages or operating systems to the latest version can create compatibility issues. This becomes a problem when you work on several projects. With the help of Docker technology and the package django-pyodbc-azure, you will be able to connect your Django application to MSSQL database locally using the latest version of Ubuntu (Ubuntu 18), even though MSSQL is not officially supported yet. 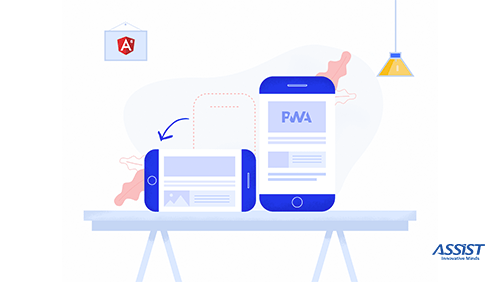 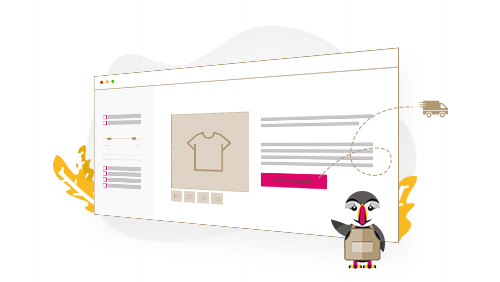